Insects of the Park 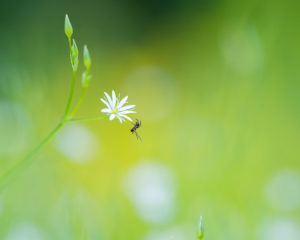 Thousands of butterflies, beetles, and grasshoppers inhabit the oak forests and birch forests, on the steppe slopes and meadows. Their diversity is equated to reserved places. The insect was favorably affected by the rejection of agricultural chemistry in the fields. Among those who flutters, crawls and jumps, there are “red book” species. They are attracted to the rare plants of the park. Every year new insects fly from the south. The climate is changing. Many species migrate north.

Among the butterflies are many small dovetails. They are not all of heavenly color, they are gray, brown, gold, like coins. Their life depends on the ants. If the caterpillar of the bluefinder is not found by the hardworking nurses of the forest, it will die. The larva attracts ants with sweet liquid, and they themselves take it home. Guest – thankless. In the anthill, the caterpillar feeds until summer, in response to hospitality, it eats its hosts. 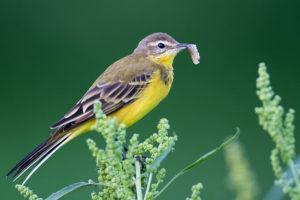 Most butterflies are nocturnal. Scientists, studying them, lure insects into the light. So in the park they discovered hawk moths – the best flyers in the insect world. Some reach speeds of up to 100 kilometers per hour. The hawk moths are always on the move, they even drink nectar on the fly without sitting on a flower.

Beautiful admirals drink juice on fallen wild pears and apples. A strict speckled galatea flutters smoothly. It received its Latin name by the name of the sea god. Its flight, that the movement of light waves. A small autumn butterfly with a sweet name – birch marshmallow flies in the treetops. Among the branches she drinks the juice of overripe fruit and milks the aphids. 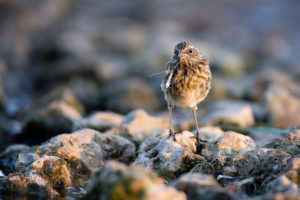 Of all the insects that live in the park, there is a species that even scientists call “extraordinary” – so unusual, and, sometimes, even the intriguing story of his life looks. It’s about the praying mantis.

A couple of decades ago, this southerner in the Red Book of the Lipetsk region was indicated as “a very rare species,” and its appearance caused a sensation. He started to live north due to global warming. The prolific large predator, which has almost no competitors, quickly settled. Now it is common in our area. Mantis even excluded from the list of rare animals.

A long insect with a triangular head likes warmed by the sun the slopes of ravines and the forest edge, where he sits motionless for hours in the pose of a man praying. But the praying mantis is not as pious as it may seem. In this position, he sits in ambush, waiting for small insects. Mantis voracious. Often grab

prey to match your size. And the female also eats the male after mating. Scientists explain this fact by the fact that the expectant mother needs a lot of protein food. Awful for the father of the family, for the species – a survival strategy.

Mantis – masters of disguise. Their coloring helps to merge with the surrounding plants. In the park there are insects of two colors: green and brown. Greens live in the grass, brown – among dry shoots. Lucky for those who are in the right place and become invisible to the birds that peck them. Mantis are sedentary insects. If you have enough food, you can live in one place all your life.

There are “paper wasps” in the park. They love warmed meadows and steppes. Their nest-cells are built on high plant stems. This is a ball or a cone the size of a fist to a football. Honeycombs are the same as in bees, but not from wax, but from … paper. The wasps learned to do it thousands of years earlier than the Chinese. Insects scraped fiber from wood, chewed and mixed with saliva. They build up an aspen house all the time. In the fall it becomes empty.

Swallowtail belongs to the family of sailboats. When the butterflies sit down on the ground, it really resembles the watercraft gathered at the regatta.

This is the largest and one of the most beautiful daytime butterflies of the park. In those days, when the famous biologist Karl Lines systematized animals, it was customary to assign the names of ancient heroes to butterflies. Makhaon and Podaliyriy are ancient Greek doctors-doctors. The butterfly podalyriy also lived in the Lipetsk region, but disappeared in the twentieth century.

The color of the swallowtail depends on the habitat: the closer to the equator, the brighter the wings. The butterfly is mobile and energetic: it has many enemies. Sitting on a flower, she rarely folds her wings, ready to flutter at any moment.